You Are Here: Home / blog / Dog world, thousands of years of collaboration 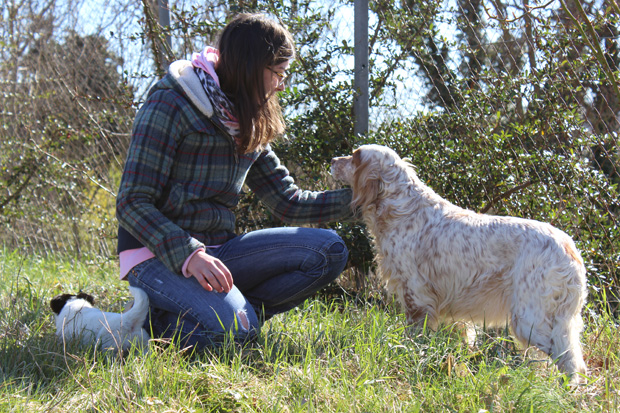 Composed of Sino (from greek κύων κυνός ie dog) and -filia (from greek φιλία or love, friendship), this word has deep roots in the history of ‘humanity. Even before the ‘man came to channel nature, in the form that we all know today as agriculture, he put aside the hatred and fear to one of his closest rivals and gave birth to a partnership that has lasted for millennia.

Thus it was that in between the Mesolithic and the Neolithic, the man began to study the perfect hunting techniques and hospitalization of his rival, admiring more and more power and strategy, but also the care and dedication to their herd.

Followed stages emulation and parallel life, then the union began to narrow, thanks to the remarkable intelligence that characterized both, conscious of being able to fully exploit victories and distractions of the ‘other, until, we do not know which of them has made the first step, (I like to think that the first step he did the dog, perhaps with a scodinzolata and a beautiful Licking face !!) but the competition turned into collaboration, rivalry and the ‘hate bloomed in’ love.

From here on, much has changed, we call them friends, companions, gregarious, have perfected the techniques of hunting, they are divided into multiple magnificent races, in some cases have also learned to dance, but we look at them with the same fascination and full admiration of 10,000 years ago, when scolpimmo forever in our instinct ‘s love for Them.

We use cookies to ensure that we give you the best experience on our website. If you continue to use this site we will assume that you are happy with it.Ok